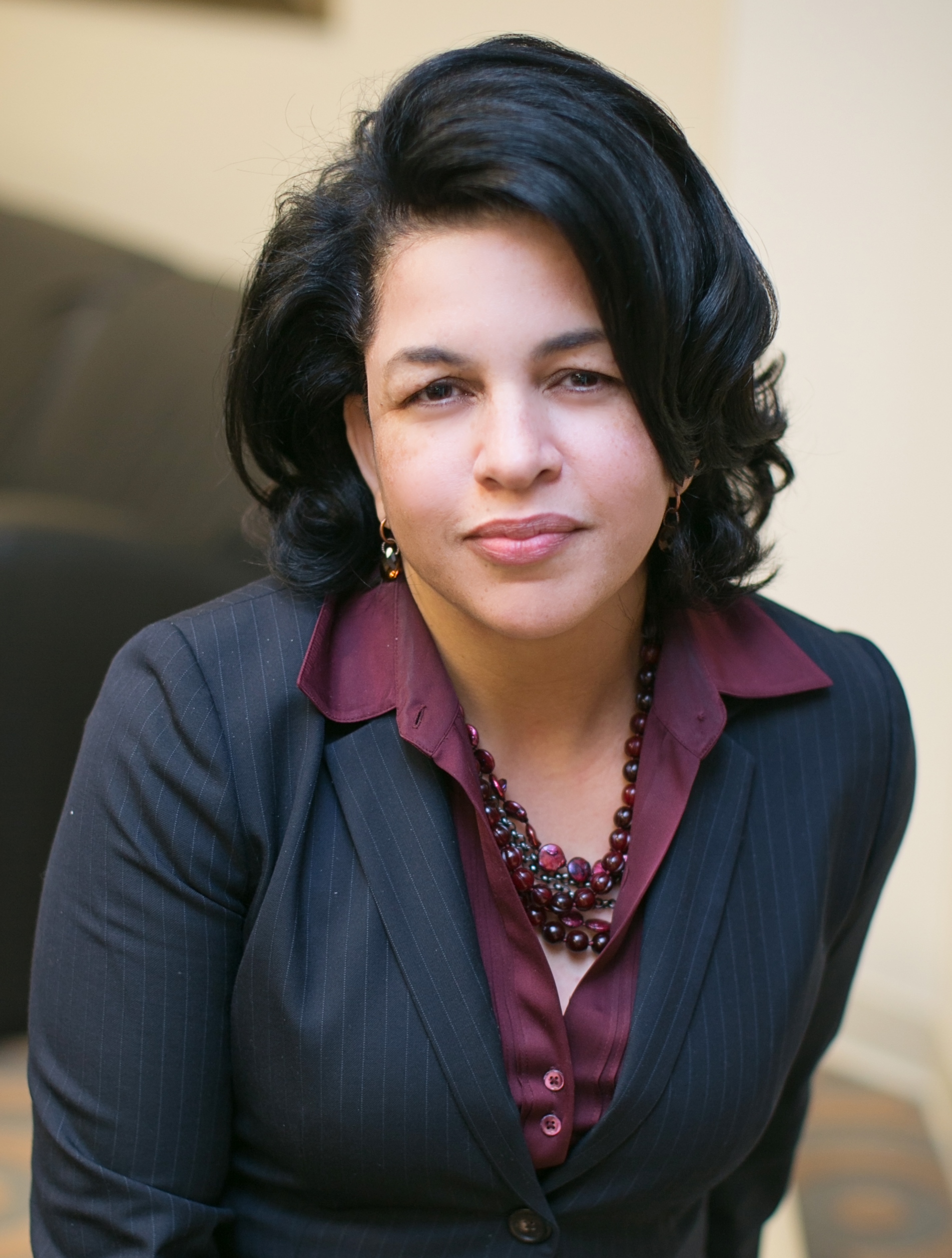 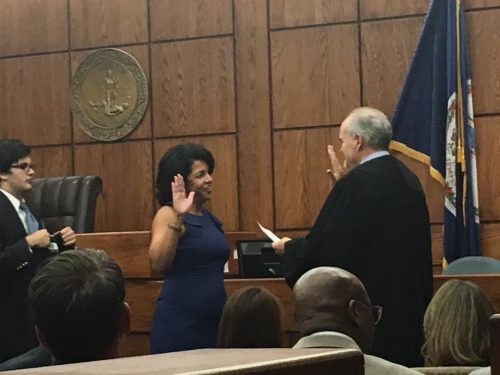 The Honorable Petula C. Metzler on June 23 was invested to the General District Court for the 31st Judicial Circuit in Prince William County.

Moments after donning her robe for the first time, Judge Metzler, with tears in her eyes, told the crowd of judges, attorneys, politicians and guests, “Right now I am standing on the top of Mount Everest.”

Reaching the bench was a steep climb from where she started, Metzler said. Metzler recalled being “in rural North Carolina, picking cucumbers as a 12-year-old wondering how in the world it was ever going to get better.”

“Petula once described herself as a woman with a massive shoe collection and a suspect sense of humor,” Wiethop said.

“Petula is a rare combination…of tenacity, compassion, thoughtfulness and humility,” said Brittany J. Sakata, who served as a law clerk with Metzler and is now a partner at Roth Doner Jackson, PLC in Mclean, Va.

Sakata said that many people are unaware that Metzler served as a foster mother to numerous foster children.

Ann Luu, another law clerk friend of Metzler’s, now an attorney with Kelly Byrnes and Danker, PLLC, said “Petula will bring dedication, commitment and enthusiasm to the bench.”

“History is being made today,” Luu noted. “I know you will serve the County well.”

Metzler began her legal career as a law clerk to the Honorable Lon E. Farris of the Prince William Circuit Court. Following her clerkship, Metzler worked for Blankingship & Keith LLP in Manassas where she specialized in civil litigation, eminent domain and land use issues. Metzler has also served as a guardian ad litem for children and as a circuit court conciliator. Most recently Metzler was an associate at Compton & Duling LC.

Metzler is an Army veteran and mother of one. She received her law degree from Catholic University Columbus School of Law, beginning law school at the same time her son started kindergarten. Metzler received her B.A., with distinction, in English from George Mason University.

Metzler is a past president of the Prince William County Bar Association, a long-time member of the Executive Committee of the Virginia State Bar Conference of Local Bar Associations, and is on the faculty of the Virginia State Bar Harry L. Carrico Professionalism Course. She was named a “Rising Star” by SuperLawyers Magazine in 2009, 2013 and 2014.

In addition to her family, Metzler thanked her numerous legal mentors and friends, as well as the local delegates who supported her nomination in the Virginia General Assembly.

“Thank you for the trust, the faith and the chance to do what I hear is the best job in the world,” Metzler said.